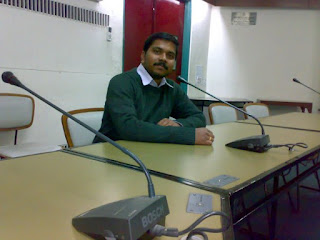 While a sect of pessimists scream that humanity is dying, another sect of optimists defy vehemently, paving a pathway themselves. One such optimist is Anjaneyulu, whom we can proudly call ‘Telugu Bidda’ (the son of Telugu). Born into a poor household, with father working as a watchman and yet nurturing high values, was no mean task. His father had lofty ideals and was steeped in social welfare in Jammikunta in Telangana. Anjaneyulu is proud to say he imbibed human values, and saw life from close quarters through his father’s eyes. His father was not just a bread winner, but a path breaker in his way as he condemned injustice in any form and strived for his community’s welfare Says Anjaneyulu, serving the needy is not just a rich man’s job or duty or obligation but of everyone who owes himself responsible towards this planet. This prologue is clear enough to say he is certainly the ‘Collector material’.